Aesop has always considered intelligent design to be a critical part of a life well lived. Since its early days, the company has maintained an aesthetic consistency in every aspect of its workings, from the rows of amber glass bottles that distinguish its spaces to the elegant functionality of its labels and packaging. In 2019, approaching its thirty-third year, the company presents its first book — a 336-page hardback volume co-authored by founder Dennis Paphitis. 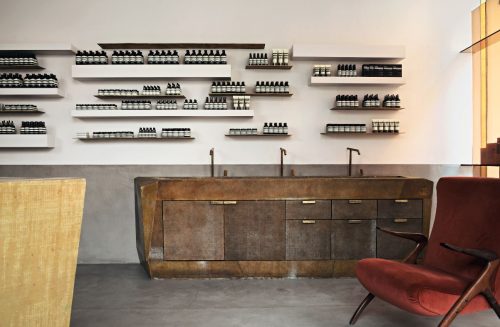 Aesop is part photo essay, part vignette, and part tribute to those who have contributed to and collaborated with the company over the years. Featuring images by renowned photographer Yutaka Yamamoto, this debut book charts the brand’s history and heredity in an intimate, reflective volume. 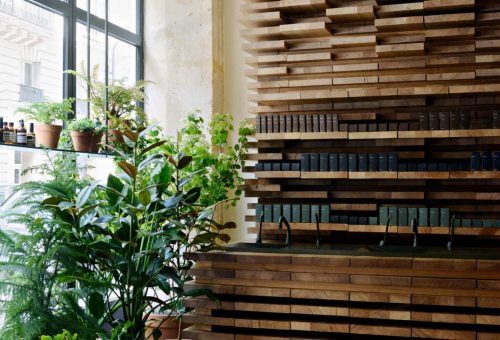 Featuring stories from the architects and artists who have worked with Aesop, and photographs of the company’s most beloved spaces around the world, the tome gives an impressionistic view of the principles and lessons that govern the company’s approach to retail architecture, product design, hospitality and beyond. 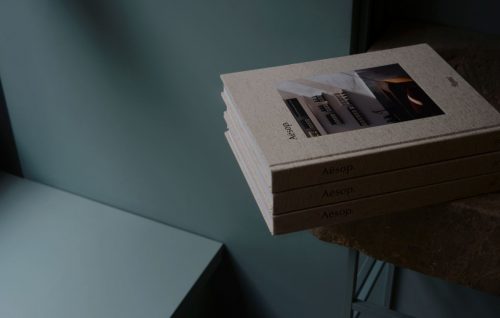 From the modest but meticulously composed environment of Paphitis’s first hair salon to ventures with architects such as Frida Escobedo and SIMPLICITY’s Shinichiro Ogata, Aesop offers insight into the almost-imperceptible codes that continue to inform Aesop at a cellular level. 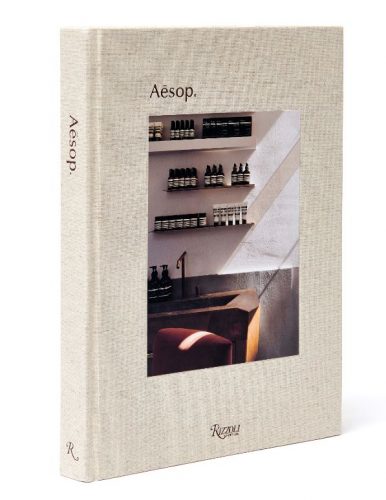 ‘We wanted to tell something of our story in our thirty-third year. Pause and reflection matter,’ says Paphitis. The writing process, he reflects, was ‘raw — particularly in relation to what we omit, what we retain, what we choose to celebrate. The book is not intended as a detailed overview, but a selection of some of the stories and people who have contributed to Aesop.’

Marsha Meredith, Creative Director, adds: ‘It’s been a true pleasure to work with this dedicated editorial team to blow the dust off our archives and to present the founding gestures that have guided the company to its current position.’ She cites Paphitis as a visionary whose distinctive approach to retail, beauty and culture continue to inspire staff and customers worldwide.

Published by Rizzoli New York, Aesop will be available for purchase in signature stores and online from now on.