On the 25th of september the Estee Lauder Breast Cancer Awareness Evening was held in the beautiful music building on the IJ in Amsterdam. During this special event the life of Mrs. Evelyn H. Lauderdale (1936-2011), who launched  the breast cancer awareness campaign of The Estée Lauder Companies twenty years ago, was honored.

Among the public Mrs. Lauder was most known for her work in  awareness of the importance of women’s health. Did you know that in  1992, Mrs. Lauder created the pink ribbon with the former editor of ‘SELF’ magazine and made this ribbon the worldwide symbol for breast health?

During the evening, initiatives and projects of various organizations that fight against breast cancer were exposed through interviews and very personal stories. Also scientists such as Professor Dr. Emiel Rutgers (professor of surgical oncology, specializes in the diagnosis and treatment of breast cancer) shared their scientific vision with the guests. There were several musical interludes such as Waylon and Tunisian singer Ghalia Benali.  This years photo competition was won by Olga van Kampen. The picture carries the caption: “Confidence is courage and love gives strength“. 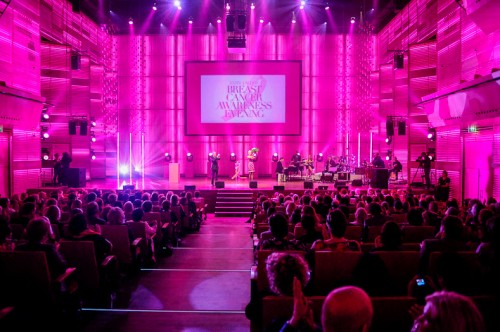 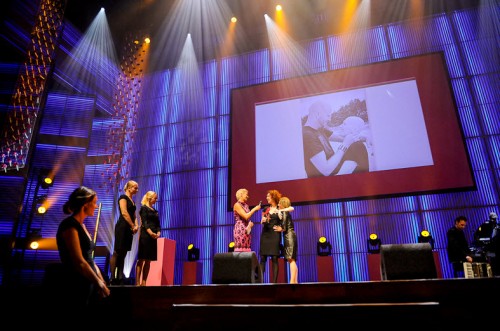 This special evening ended with a pink bang when the entire Eye Film Institute was lightened and brightened in happy pink.