You might know Diana Vreeland as the fashion editor of Harper’s Bazaar and the editor in chief of Vogue.  Her great passion and genius for style helped define the world of high fashion for fifty years. She was an inspiration for loads of designers , from Yves Saint Laurent and Bill Blass to Valentino and Issey Miyake. She is also responsible for the career jump of some of today’s top designers like Diane von Furstenberg, Manolo Blahnik and Oscar de la Renta.

You’ll be able to read about her strong her search for the perfect red and her observation about the world. It’s told in her own words, that will take to you from one moment to another. Reading her story is like stepping into a world that is witty , fashionable, and if you were standing right next to her, taking you into her phenomenal and dazzling life. From English palaces to the nightclubs of 1930’s Paris, to the exclusive venues of New York high society.

In 1973, she became a special consultant to the costume institute at the Metropolitan museum of Art, curating shows that featured the clothes and costumes of former Hollywood stars, ballet companies, and master designers. From then until her death she remained an important  voice in the fashion  world, and one of its most memorable characters. 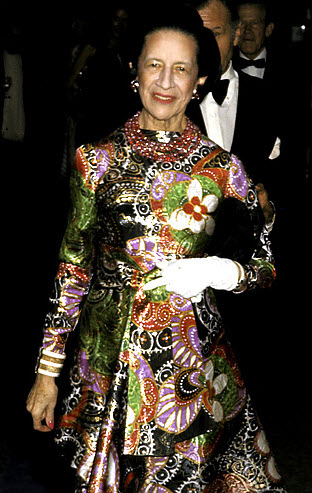 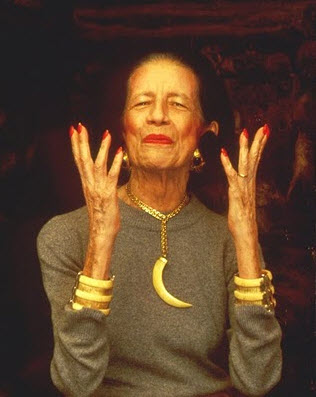 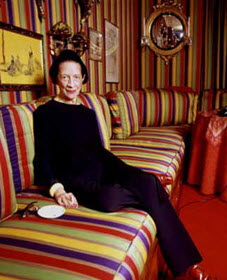 D.V. is available thru www.abc.nl