At a time in the fashion industry where doing something extraordinary is a must to stand out from your competition, Gucci’s creative director, Frida Giannini found a winning idea. Gucci’s Creative Director and renowned Japanese Manga artist, Hirohiko Araki, have collaborated to create special store window displays featuring the Japanese artist’s illustrations and Gucci’s 2013 Cruise Collection.

Araki may not be that well-known in Western circles, but in Japan he is famous for the long running manga series Jo Jo’s Bizarre Adventure which has sold over 70 million copies…

Araki has created an exclusive Manga (Japanese comic strip), inspired by the collection and a story that will bring the windows of Gucci’s worldwide direct store network to life in February. The story is also featured in Japan’s SPUR Magazine.

Don’t be confused by the collaboration with Gucci’s previous collaboration with the Japanese artist in 2011 when they collaborated with Spur for an exhibit of Gucci’s 90 year anniversary that featured Araki’s illustrations. This is a whole new addition and it’s global. 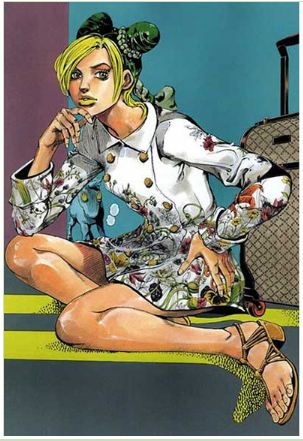 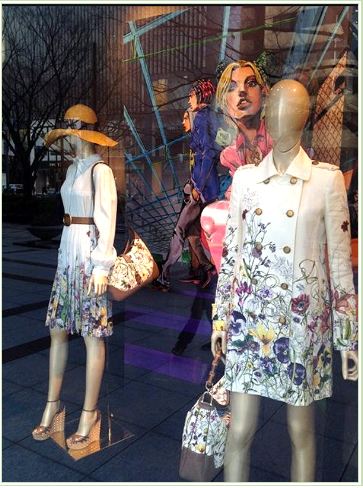 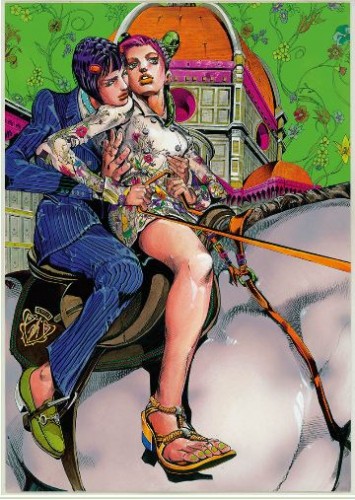