Patty Zomer is a Dutch Singer, presenter, and stylist. Most people in the Netherlands know Patty Zomer as she is very well known from the time the performed at the Dutch girl band The Dolly Dots. Patty also co-presented the Dutch Fashion Police and Make me Beautiful program and, was a juror in talent scout program Popstar – the rivals. As a celebrity stylist Patty is responsible for dressing numerous celebrities. I had the privilege to meet Patty during a leading ladies’ lunch organized during the yearly LXRY fair held in Amsterdam. We had a click there and then while chatting about common interests, people we’ve worked with, and also about Patty’s lovely Kaftan fashion brand Speezys. I had the privilege to wear my personal garment during my travels to several tropical destinations… 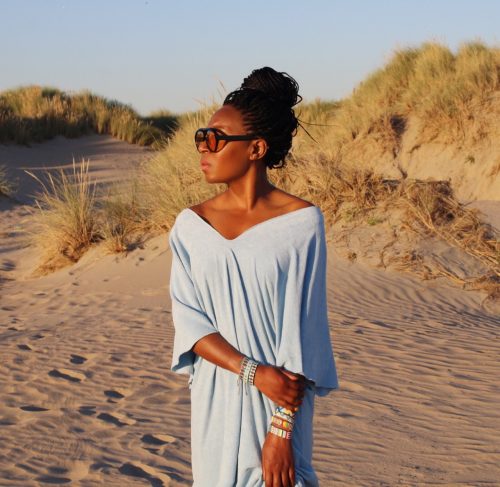 Patty truly knows how to make someone look their best by looking at their character, their personality, and their strength. The same key essentials that play a big role when I’m educating about my Flawless Face make-up techniques. As fashion and beauty go hand in hand I wanted to share Patty’s thoughts and styling ideas for your inspiration. 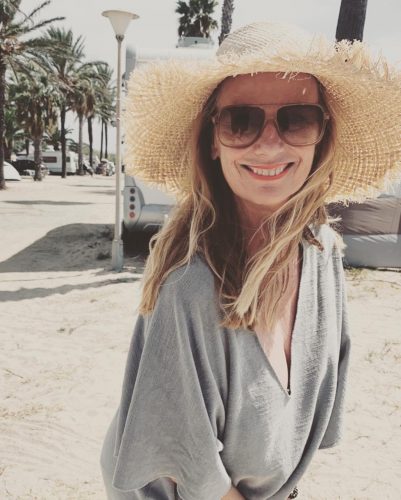 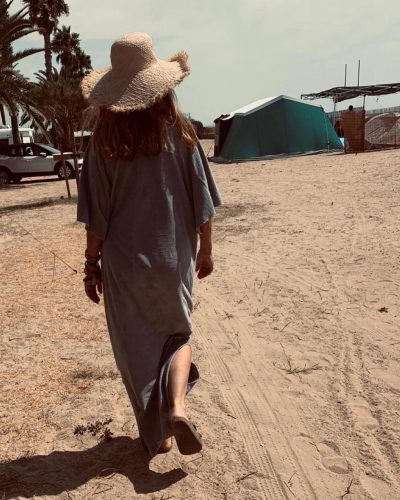 How long have you been a stylist?
In the second half of my singing career, I started to do our wardrobe together with one of the other girls. We had a better idea of what would work for us because we were in the middle of it. At the end of the Dolly Dots, I started doing the styling for other singers and bands which I continued after the band stopped. Think Anouk, Total Touch, The Golden Earring and many more… Later I also start working for magazines, television, commercials, film.

What is your trademark and how would you describe your style?
I really tune in on someone I work with. I think it’s important not to change someone, but let them be themselves in a more radiant and gorgeous way. The clothes are the expression of the inside. Sometimes its fashion but most of the time it’s just the best suitable outfit possible. So it’s their own style with my touch.

Can you share three timeless and ageless styling tips?
1. Don’t dress too young!
2. Sometimes its dress up time, but most of the time it’s not about the clothes but about you. So pick clothes that make you feel confident, strong, and sexy.
3. Don’t hide or camouflage yourself by wearing the wrong clothes. It’s all about giving attention and emphasizing your beautiful features. We all have them.

Where do you get your inspiration from?
Ha Ha Everywhere really. Mostly I get inspired when I travel and explore the world… 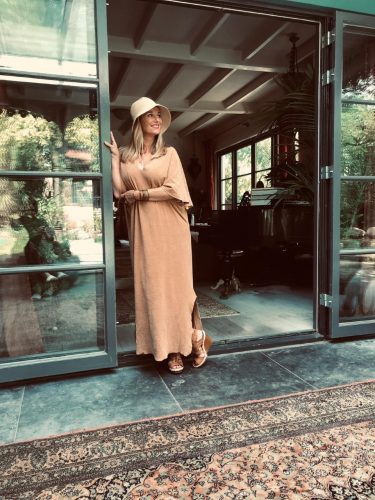 What type of clothing do you wear when you want to express yourself?
That depends on what the mood and situations are. Sometimes I just want to blend in. When someone else is the center of attention, I’m just the behind the scene girl. In joyful moments I’m all about color. So I wear what I feel like at the moment in time.

What colors do you choose to wear when you are happy?
Carefully picked. But it can be a lot of rainbow colors.

Why did you start your kaftan brand Speezys and what does the word “Speezys” mean?
Friends always said to me” you should start something”. But the time wasn’t right. I loved to wear kaftans and one day I had an inspirational talk with my designer friend and we just decided to give it a go. Just a small collection, with at the beginning one piece, no over-production. Something sustainable so you can wear it for years, nicely produced in a small fabric in Portugal with good working conditions. A product for that’s for everybody, no gender, unisex. Those are things I really care about.
The name comes from the work of my father. He used to be a plasterer and used specie. A spiritual business coach told me to use a name that meant something to me, to give it depth. So specie became species (for all species) but the name was already taken so it became Speezys.

I’ve worn my Speezys on so many occasions. It’s so airy and comfortable. Why did you choose terry cloth?
Love the terry cloth. Bit of a hippie …:) It has the comfortable conditions of a towel. You can use it in- and- outdoors. And you can be naked underneath. No one will know…

What are your hopes and dreams for the future and for your brand?
More consciousness for the planet and the people on it. With the brand, I would love to grow bigger and better slowly and, go global so it can be my primary business.

You can find Patty Zomer HERE and Speezys HERE