Dutch conceptual artist Florentijn Hofman’s floating ‘Rubber Duck’ sculpture continues to travel around the globe. So far the ‘rubber duch’ has been travelling to 10 countries and 12 metropoles. This month the floating duck called ‘Spreading Joy Around the World’, is given a welcome ceremony by the Hong Kong Police band as it is moved to the South Side of Ocean Terminal, VictoriaHarbour in Hong Kong. The ‘Rubber Duck’ is 16.5 meters high. 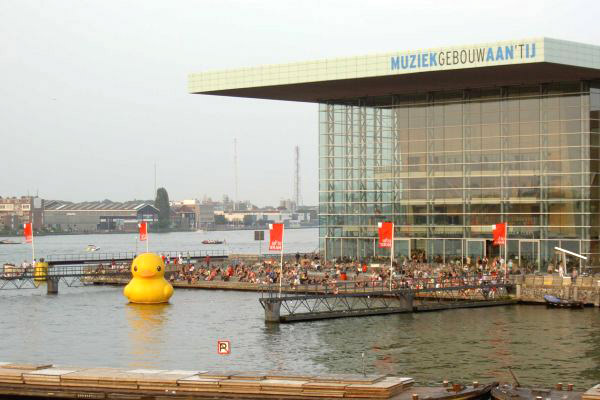 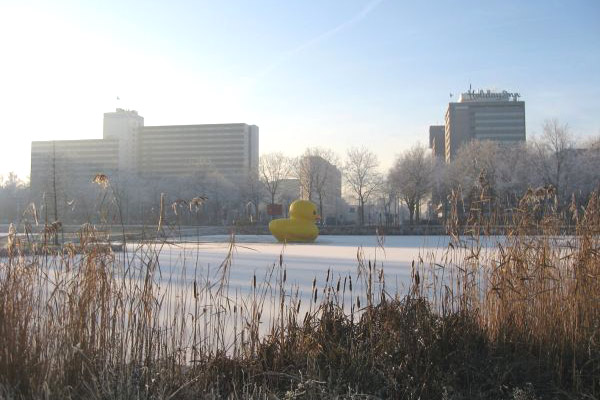 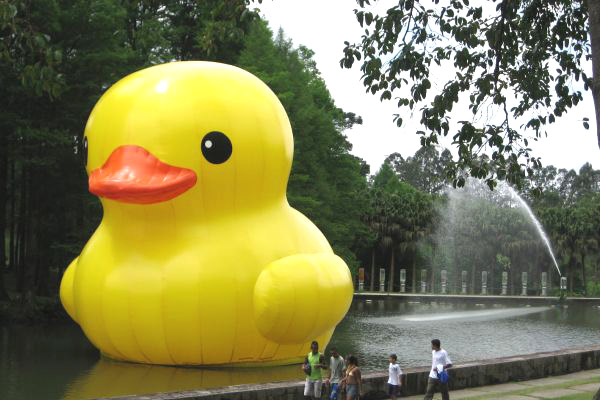 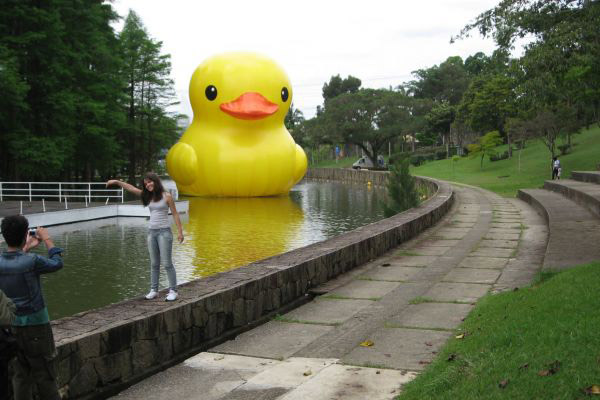 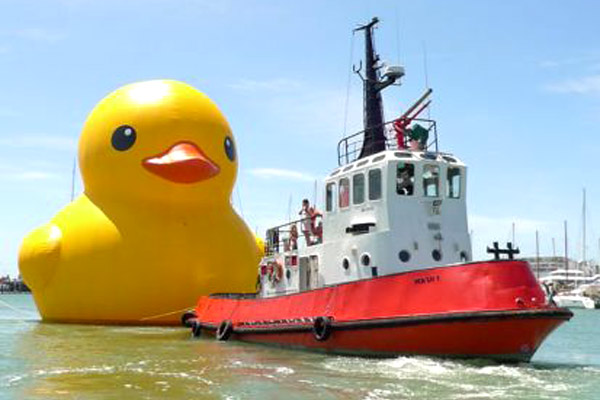 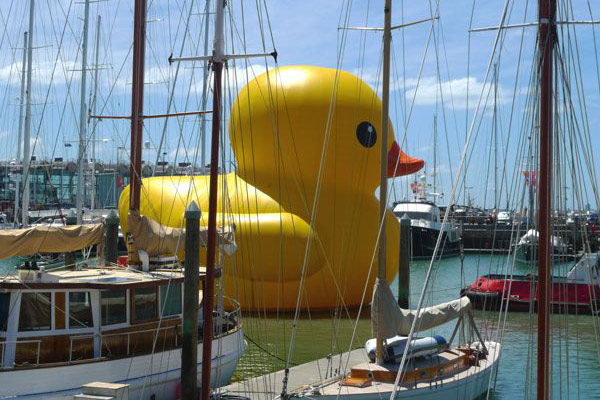 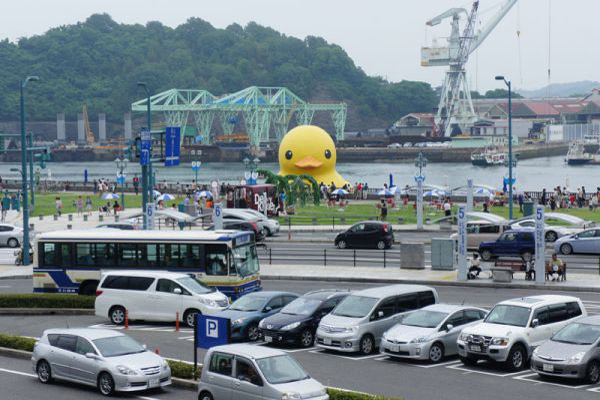 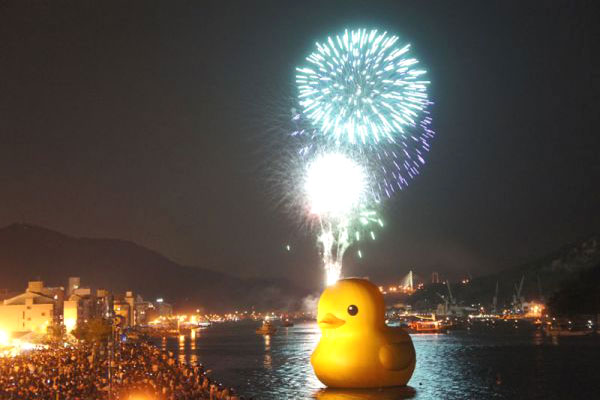 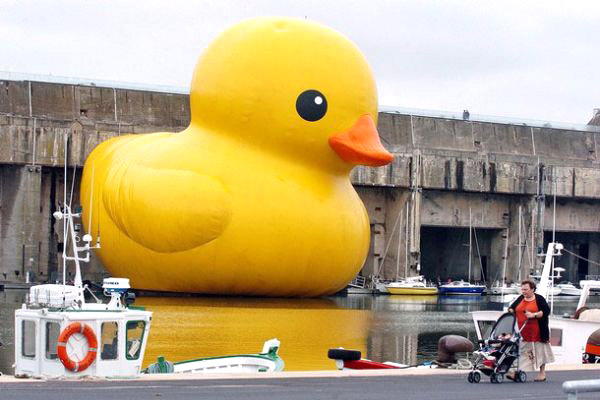 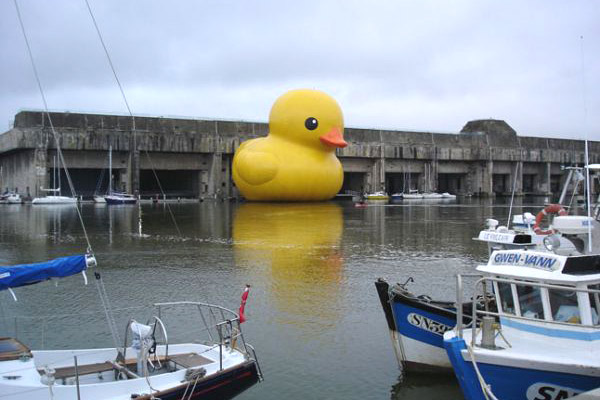 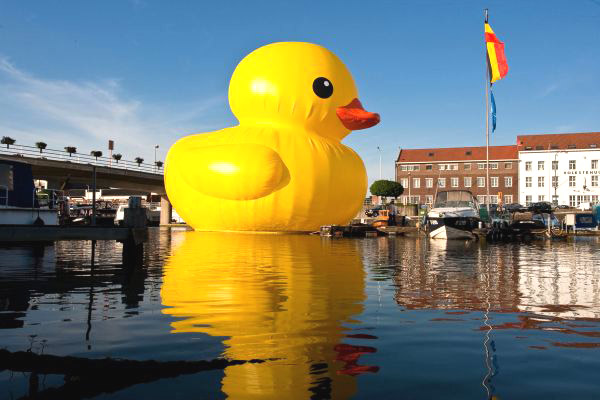 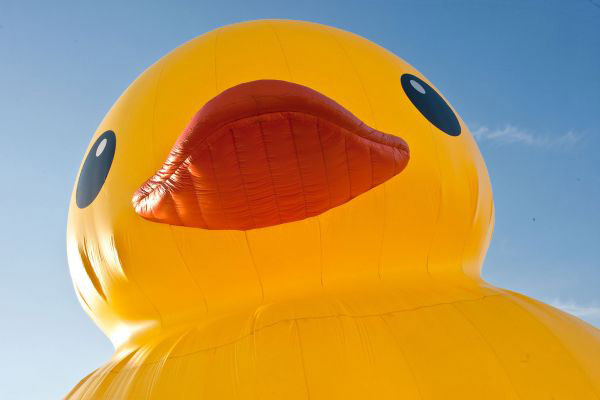 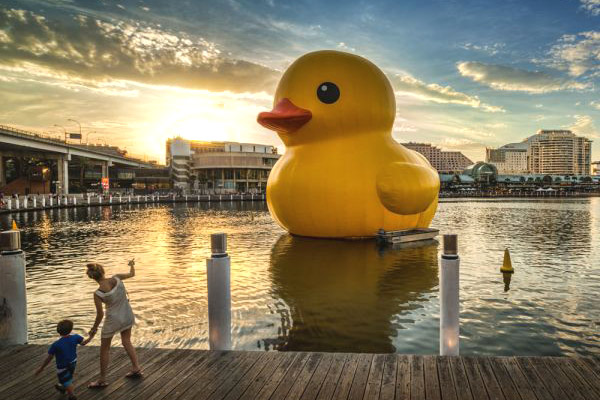 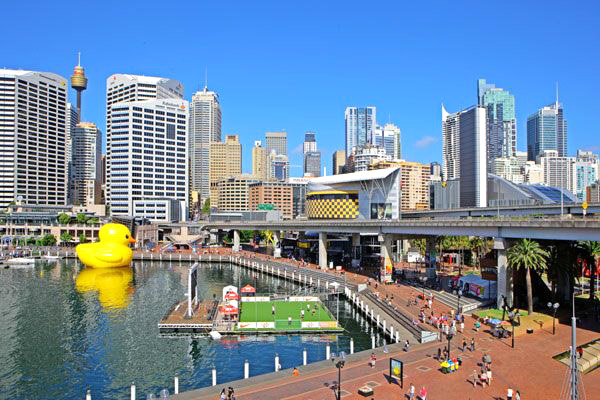 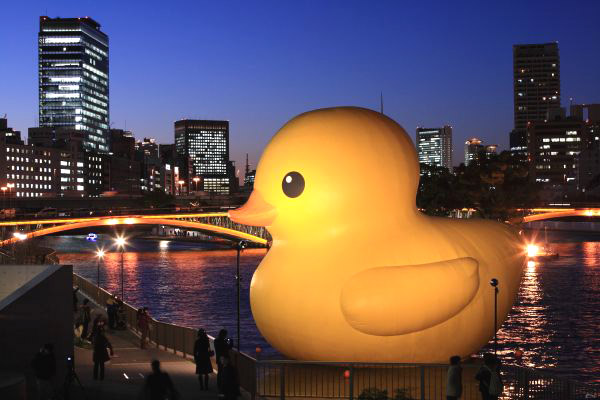 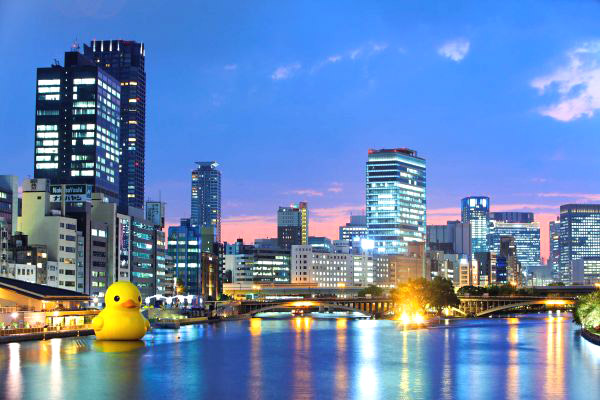 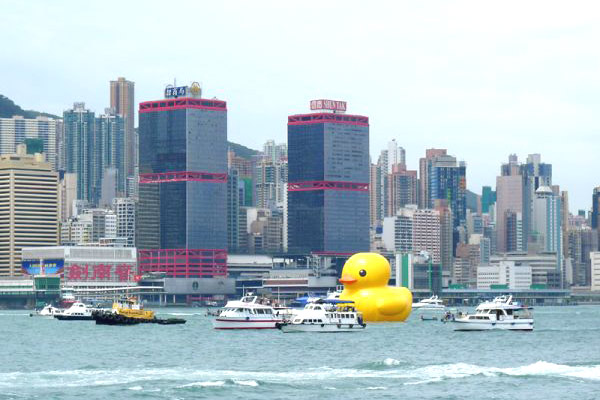 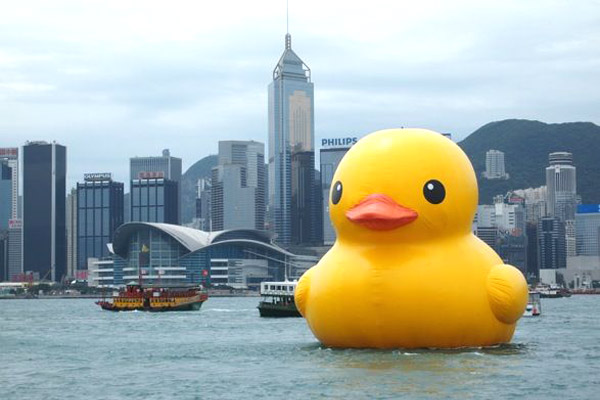 The Rubber Duck knows no frontiers, it doesn’t discriminate people and doesn’t have a political connotation. The friendly, floating Rubber Duck has healing properties: it can relieve mondial tensions as well as define them. The rubber duck is soft, friendly and suitable for all ages!