Serge Lutens, Shiseido’s image director for the past 25 years, is rolling out his makeup collection.

The 11-unit signature line made its debut at Shiseido’s flagship boutique in Tokyo’s ‘Ginza’ district in September. At the end of October it went on sale in Manhattan’s ‘Barneys’ New York, and hit the counters in January at Les Salons du Palais Royal Shiseido, which also sells Lutens’ high-end fragrances. Serge Lutens Make up collection is also available at Harvey Nichols in London.

“Most women wear too much makeup, or none at all,” said Lutens. So his aim was to provide women with a coup de pouce.

The high end make up line includes two pressed powders, eight compact foundations and one blusher, including Shiseido’s new nano-dispersion technology — which is said to give a light, even covering, according to Serge Lutens. The collection also comprises six lipsticks, four sets of four eye shadows, a blush, kohl eyeliner and mascara.

The collection’s packaging was created by Lutens to convey luxury, with moiré and black lacquer cases featuring mirrors with chamfered edges. The collection is sold in individual, silk-lined gift boxes. 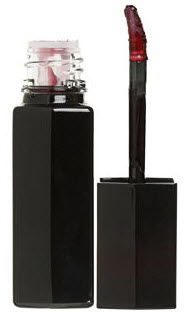