The first mascara product was invented by Eugene Rimmel in the 19th century. The word “rimmel” still means “mascara” in several languages. Born in France, Rimmel moved to London with his family when his father accepted an invitation to manage a perfumery on Bond Street. Eugene apprenticed to his father, and, in 1834 opened his own perfumery, the House of Rimmel.

Father and son produced their first cosmetic products that same year. By the age of 24, Eugene Rimmel had become an immensely talented perfumer and cosmetics innovator. The most innovative invention might be the first commercial non-toxic mascara product.

Modern mascara was created in 1913 by a chemist named T. L. Williams for his sister, Mabel. This early mascara was made from coal dust mixed with Vaseline petroleum jelly. The product was a success with Mabel, and Williams began to sell his new product through the mail. His company Maybelline, whose name is a combination of his sister’s name and Vaseline, eventually became a leading cosmetics company. 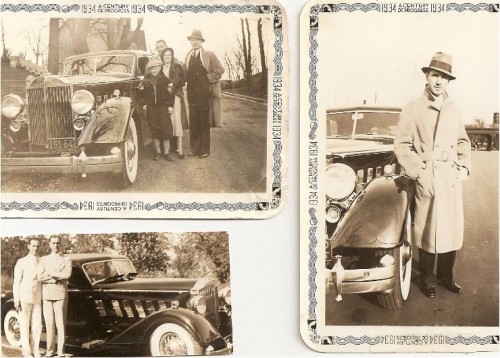 Picture to the right, Tom Lyle Williams founder of the Maybelline co. Pictures taken in Chicago, 1934