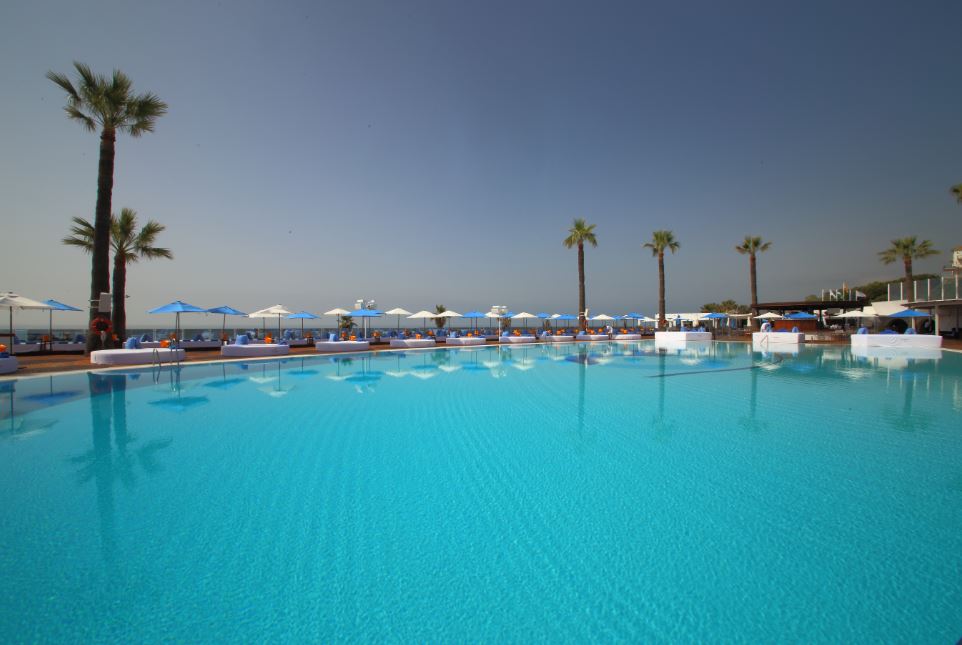 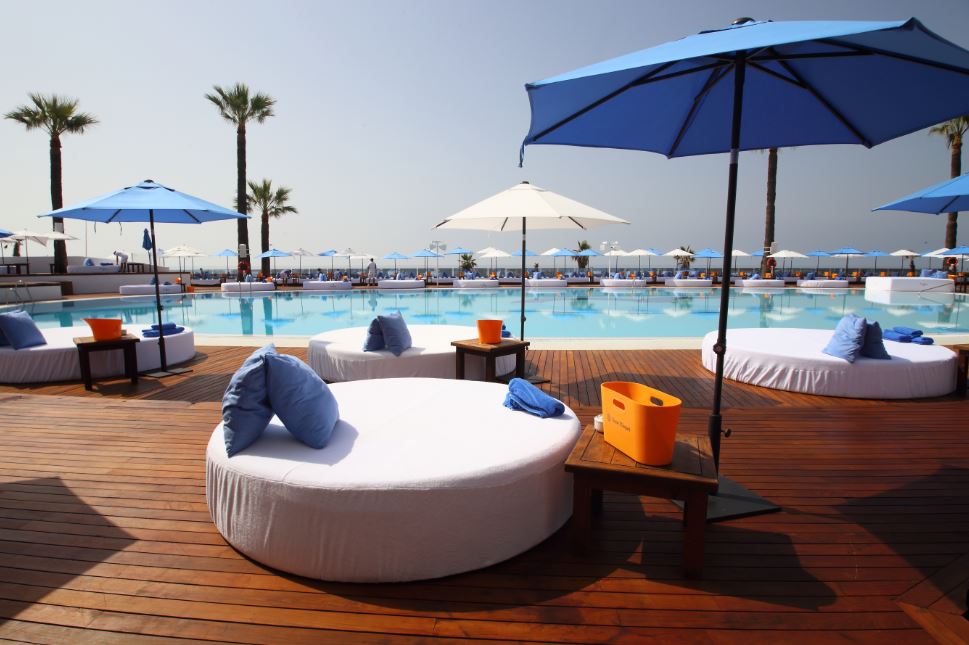 Longing for sunshine while tapping your feet with a cocktail in your hand looking over the ocean or hanging out at a pool ? On the 29th of April I was invited to the grand opening of THE Ocean Beach Club in Marbella with a dress code that contains white & silver with a bionic twist. 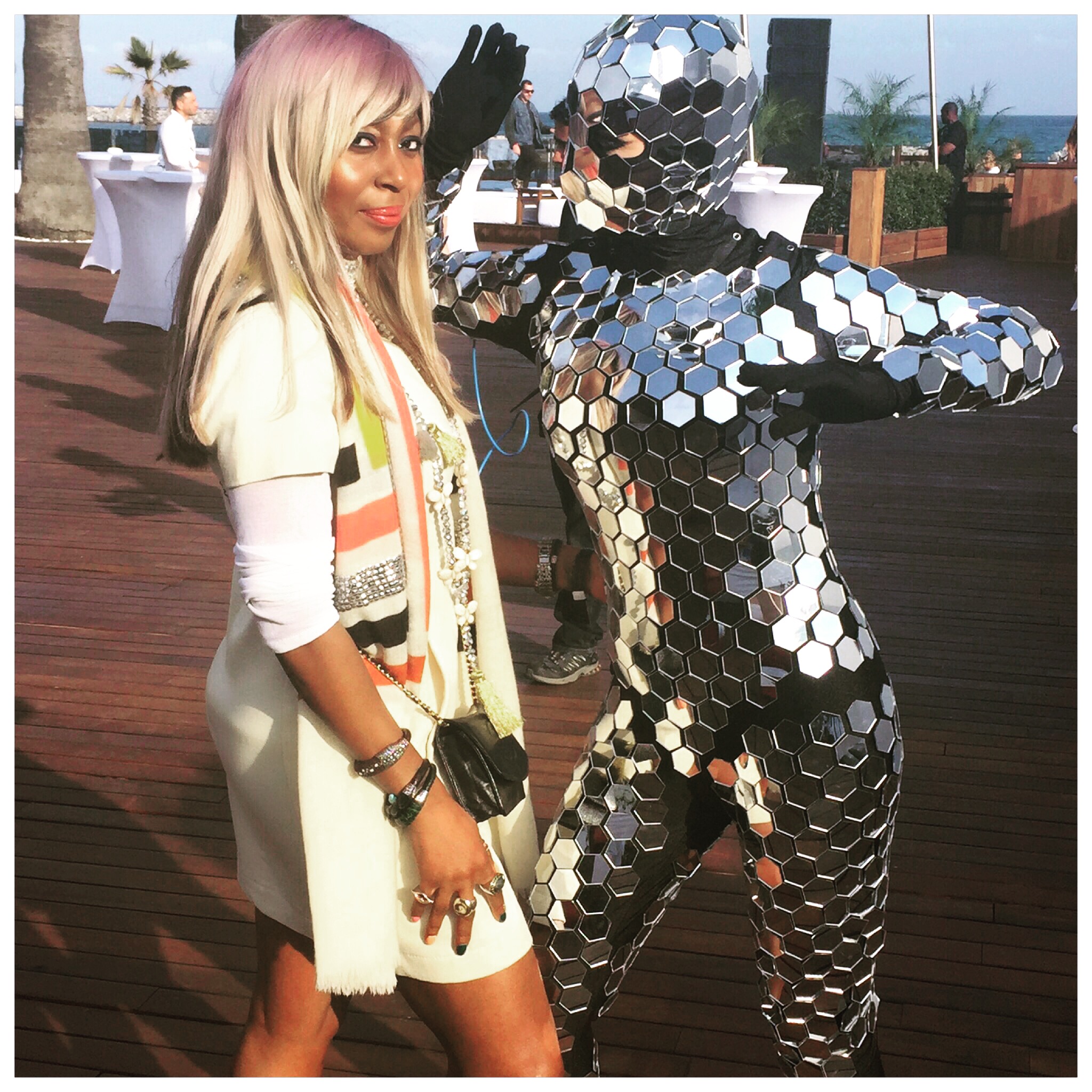 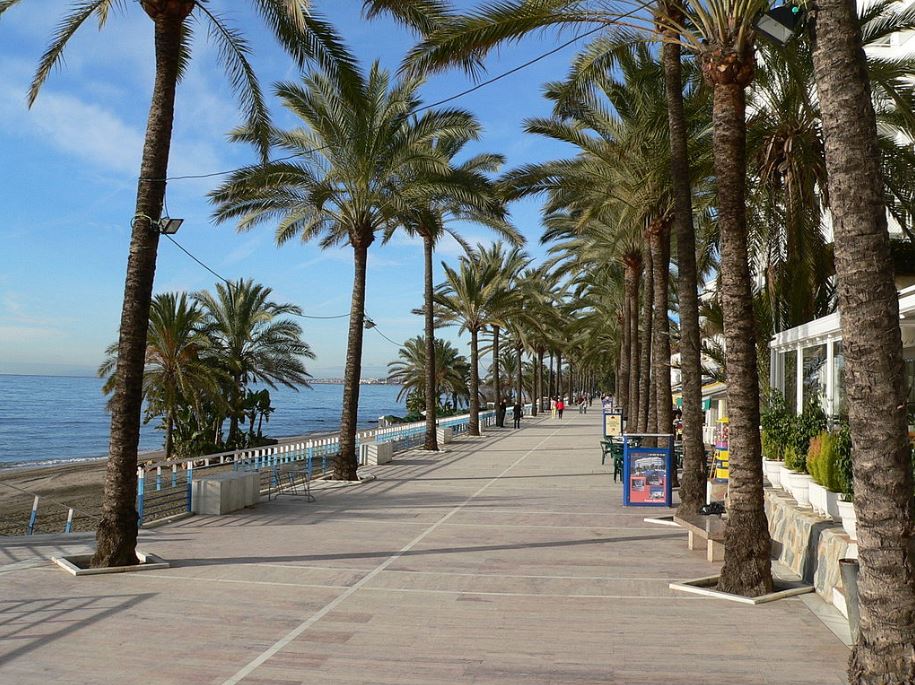 The Spanish club teamed up with acrobatic entertainment, live music and a line-up of DJ’s. While nipping on my champagne, I was wondering if this openings party was a 70 meter million dollar yacht boats line up party aswell as this hip club is just of blink away from the popular marina Puerto Banús. 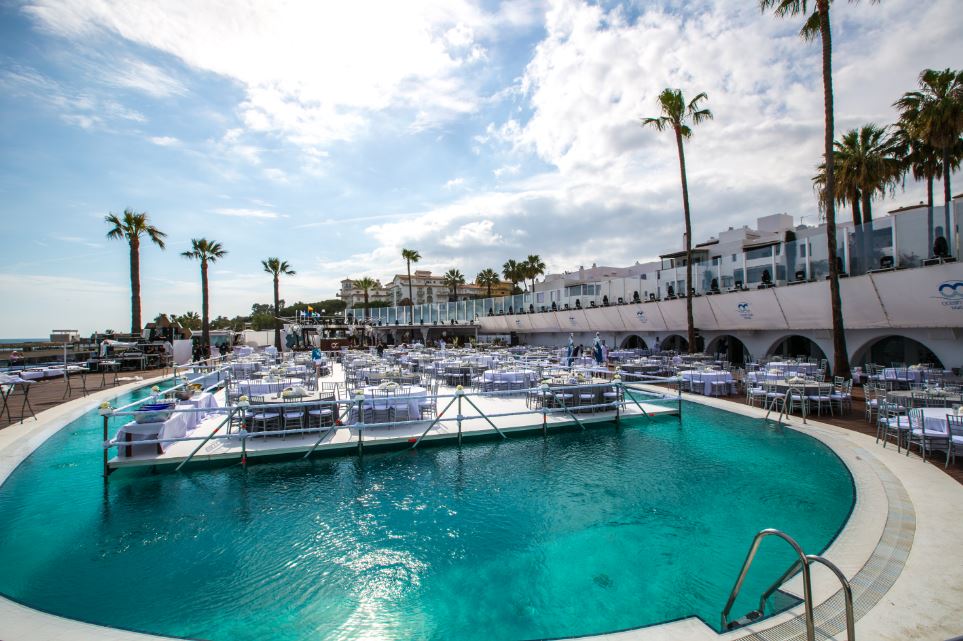 Just around midnight the air above the sea was lightened with a spectacular firework show and you could party on in this jet set surrounding untill the small, small hours… From which you can imagine, I had a wonderful time… 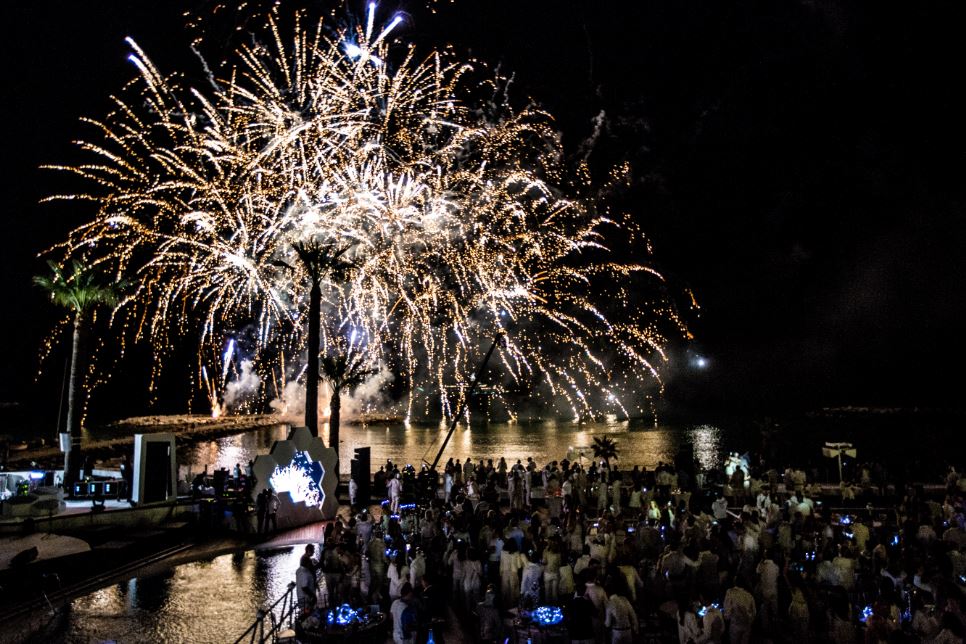 This is the playground of the rich and famous. As you might have guessed expect, it has an high number of designer clothes and jewellery shops. But it also has a few large shopping complexes, as well as hypermarkets, specialty food shops, accessory shops, interior decor stores and gift stores. Most of the top-end brands can be found in Puerto Banús and in the centre of Marbella on Avenida Ricardo Soriano. 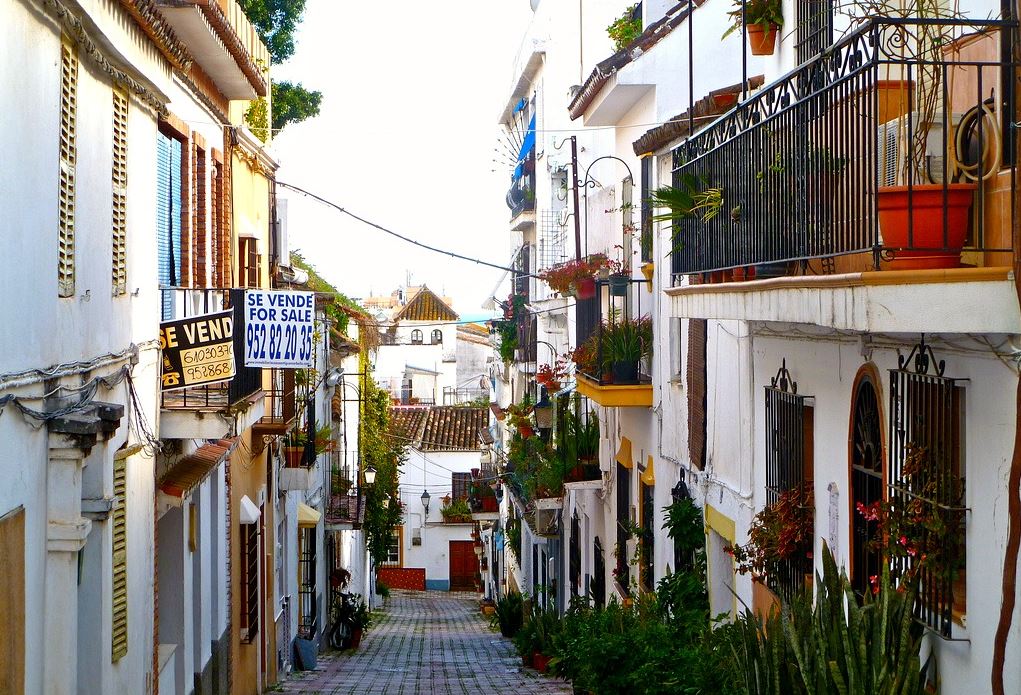 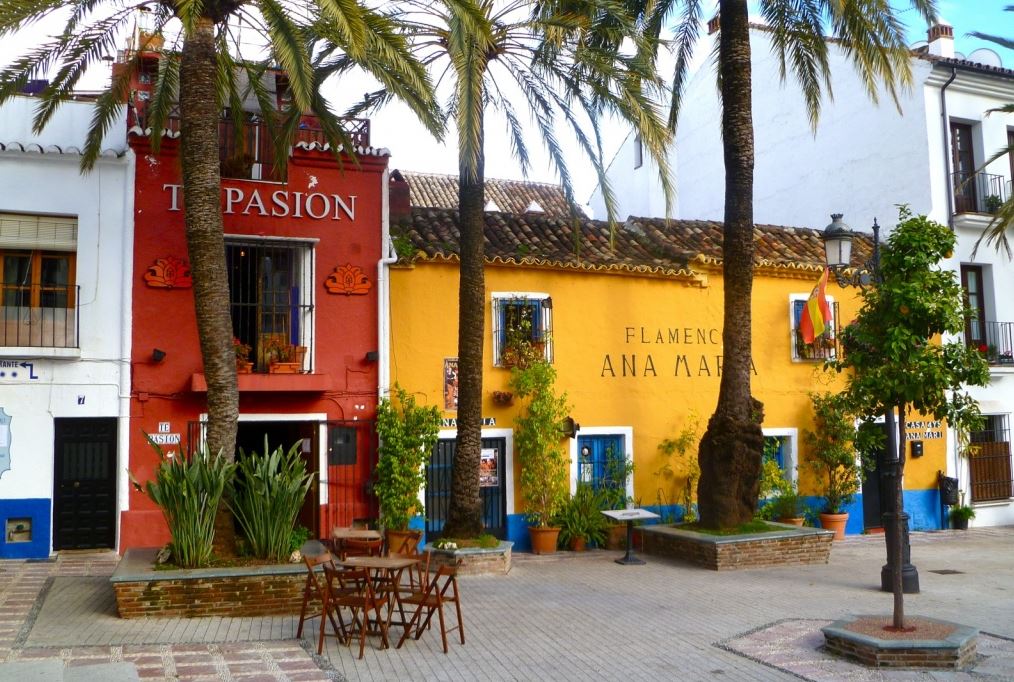 Marbella Old Town is great place to explore the gift shops and pick up some souvenirs to take home. La Cañada (pronounced Canyada), the main out-of-town shopping centre, has everything you’d expect, from clothes, sports and accessories shops to cinemas and restaurants. Spain’s leading department store, El Corte Ingles, has a massive store at Puerto Banus. The best market is at the Plaza de Toros (Bull Ring) Nueva Andalucía and operates on a Saturday. – See more at: MARBELLAGOLDENMILE 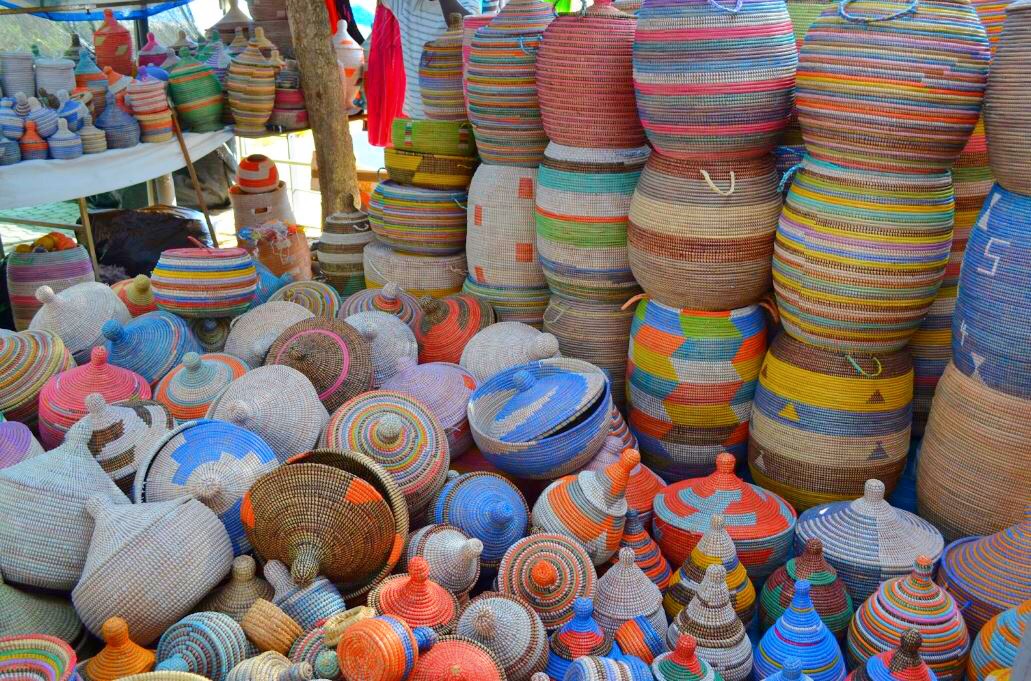 If you like bargains, then shopping in one of Marbella’s markets will be worth a try. All the markets in Marbella take place in the morning starting at 9am until about 2pm. Only heavy rain will stop the markets which is not often in Marbella. Everybody has fun at the market. The Puerto Banus and Nueva Andalucia markets are mainly for tourist selling arts and crafts, handbags, watches, clothes etc. The Marbella, San Pedro, and Ojen markets are more traditional and sell every day essentials.