I was tremendously honored when asked to participate at fashion fest Suriname where I would be sharing my knowledge and expertise. Suriname has a population of approximately 566,000, most of whom live on the country’s north coast, where the capital Paramaribo is located. Suriname is a mostly Dutch-speaking country. That said I was delighted to be flown in to a country where you can educate in your own language. Nevertheless I didn’t know exactly what to expect, except mouthwatering good food, a fabulous climate and everything at your doorstep for an exquisite holiday.

During fashion fest that was held at the Courtyard Marriott Hotel in Paramaribo I had the opportunity to meet talented designers, upcoming models, promising make-up artists and  in the meantime get to know the Dutch participants of the fashion fest Suriname team (including Peet Dullaert (Designer), Marianne Verkerk (Catwalk coach) Soraya Basiran (stylist) Nancy Schoenmakers (photographer) and Scott Schotsborg (hair stylist) a little bit better. The team was perfectly attuned, making it possible to work together flawlessly during this event and during the several fashion shoots during the week. 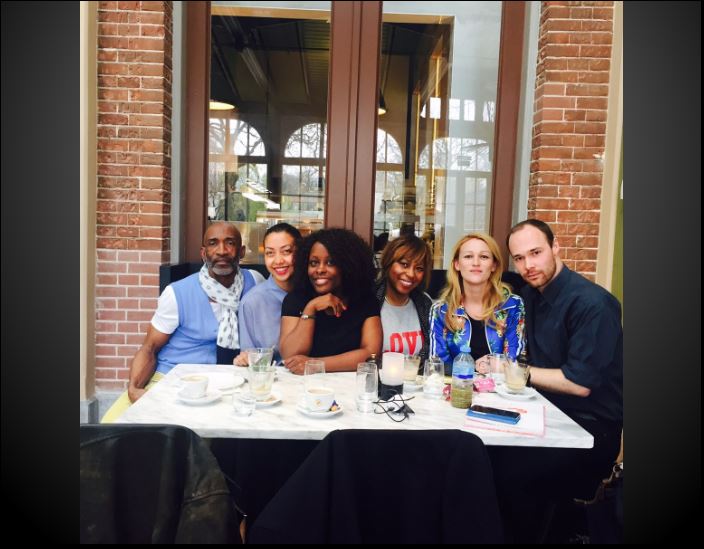 Masterclasses and workshops were organised to give an extern impuls to the fashion industry in Paramaribo and other districts. There are many underexposed talents in the world. Happily organisations like Marian Duff & Richard Soesanne’s MAFB and Eddytude studio 597 help to shine the light a little brighter on those who deserve it most. It’s not just an honour, it’s a necessity to give back to society. Even more thankful when the ones recieving are eager and enthousiatic to learn as much as they can. The hard part was choosing the most talented designer, model, hair stylist and make-up artist from the great amount (61) of contestants. If you’re following me on social media you might have seen a few snap shot during the trip. On of the highlights was a shoot at Albina opposite Saint-Laurent-du-Maroni (French –Gyana) with the 13 lucky talents who we’re able to join all the remaining masterclasses. Keep an eye on the websides below as an independant jury will decide which chosen talents will come to the Netherlands in november where they will present their vision on fashion together with participants from The Netherlands, Denmark, British-Guyana and Canada. Portfolio’s are online now at: www.mafb.nl/stemtool. Vote to support fashion talent from Suriname!